Also this year Luka Koper presented itself at the Transport Logistic in Münich. 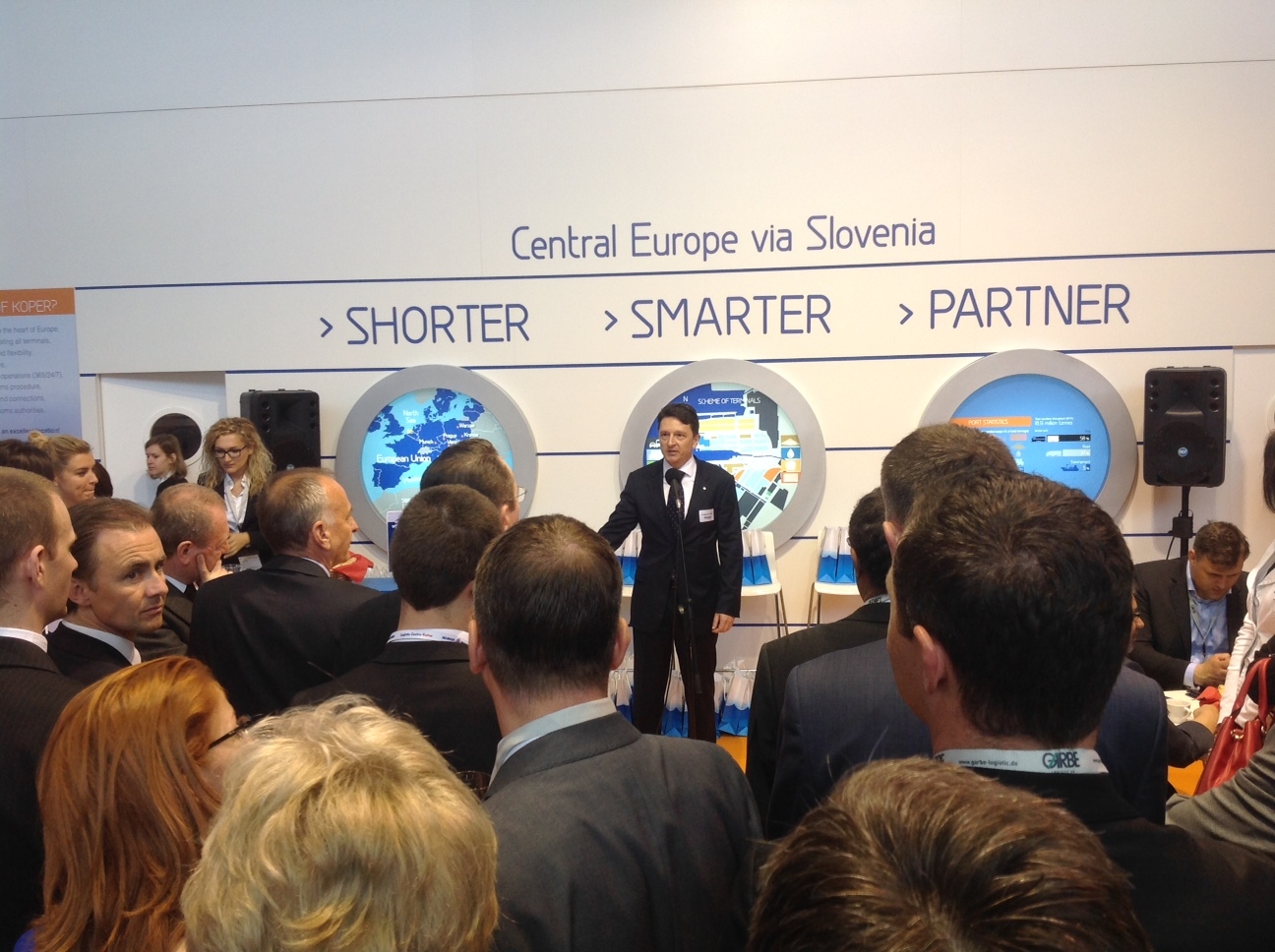 The fair is taking place every second year and is the most important event in the logistics industry, offering the opportunity to present the last achievements of the port and the new investments in the port’s facilities. The completed dredged seabed at the Container terminal provided new opportunities and prospects for the existing and potential customers in the Central and East European markets, Germany which is hosting the fair, included. Primarily, the Land of Bavaria represents a big potential for the Port of Koper, which is closer to Münich than Northern European ports by land.

The Port of Koper, providing three direct container services with the Far East at competitive fares in comparison to Northern European ports and a dense network of railway connections with hinterland markets, has become more attractive partner, boasting the largest container and the largest car terminal in the Adriatic area. In the vehicle sector, Luka Koper has the third largest vehicle handling terminal in the Mediterranean area. However, the fair taking place in Münich is the opportunity for the promotion of other product groups handled in the multi-purpose Port of Koper, and in particular general, heavy cargo and dry bulk cargoes. “Luka Koper is a transit port, mainly servicing the economies of Austria, Hungary, Slovakia, and increasingly the economies of the Czech Republic, Poland and the Western Balkan countries, therefore efficient and reliable connections by land, mainly railway ones are needed if  the company wishes to increase the throughput volume and exploit the potential of planned investments in the port’s infrastructure”, pointed out the President of the Management Board of Luka Koper, Mr. Dragomir Matić at the fair.

The company’s new website providing a closer overview of our activities to our business partners was presented at the fair. The website will enhance the communication links with customers, providing them a special application thanks to which they are enabled to follow their cargo conveyed through the Port of Koper.