Looking for new opportunities in Israel. 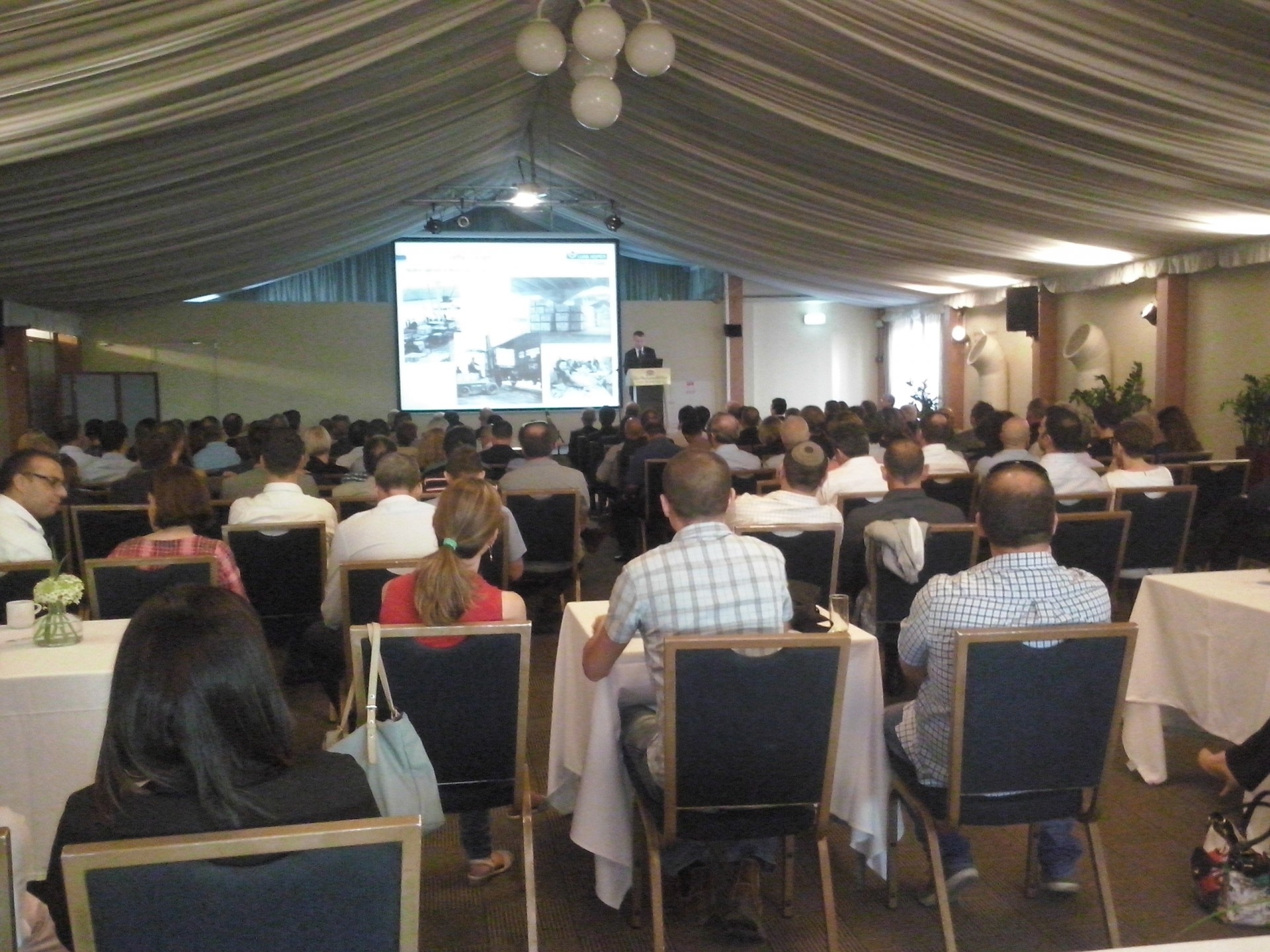 Tel Aviv, Wednesday, 21st October 2015: Luka Koper has, in cooperation with the Slovenian embassy in Tel Aviv, organized a business event for the local logistic partners.

The event was attended by some 100 Israeli businessmen and a strong delegation of Koper port community. Participants were also addressed by representatives of Israeli Ministry of Transport, Israel Chamber of Shipping, Federation of Forwarders and Customs Clearing Agents and Israeli Export & International Cooperation Institute; all of them praised the decades-long cooperation with Luka Koper and its flexibility. Especially in the fresh produce segment there are many cases of good cooperation, like prompt handling and delivery of fruits and vegetables available also during week-ends, or the all year-round deliveries of flowers for the Dutch auction. In both cases short transit times and reliability are crucial.

The President of the Board of Luka Koper d.d. Dragomir Matić on the occasion said: “Despite the good cooperation, there are great potentials, mainly due to favourable container services with the Israeli ports, which offer short transit times.” Most of untapped potential are represents by the Balkans and some markets of Central Europe, especially for the LCL containers and project cargo.

The Port of Koper recorded a long history of cooperation with Israeli companies, as beginnings go back to 1959, when in Koper the first ZIM vessel was berthed. Through decades Koper has become one of the most important ports for Israeli goods, especially fruits and vegetables destined for Europe. Last year, the throughput of Israeli goods amounted to 600,000 tonnes, with a fairly balanced ratio between imports and exports. In addition to perishables,  also other cargoes represent a significant portion, such as cars, timber and paper.