The Slovenian Minister of Infrastructure reassured her Chinese interlocutors that the Port of Koper and Slovenia are capable of supporting the Chinese overseas trade with Central Europe. 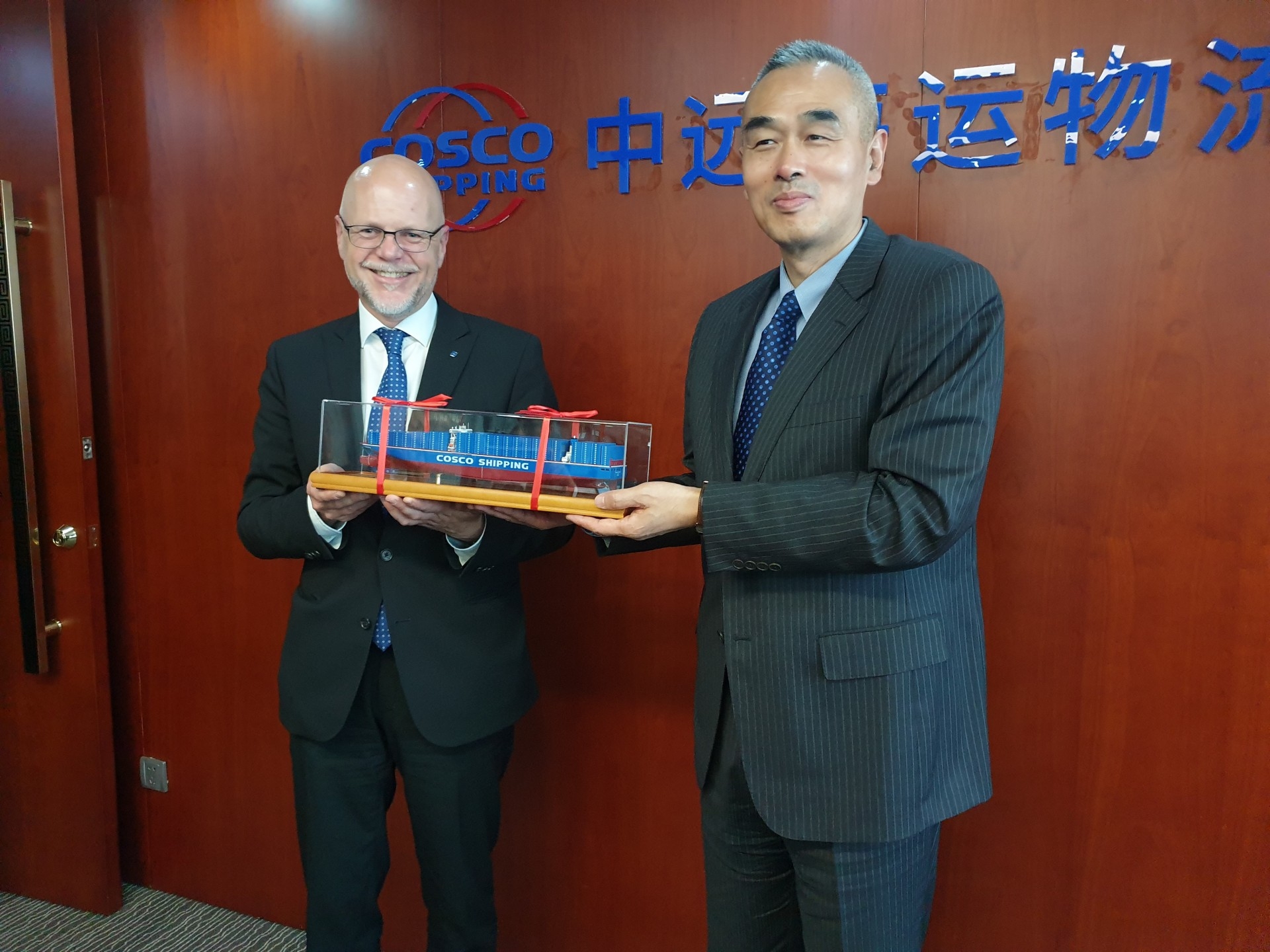 Beijing, 12th June 2019 – In the course of her work visit to China where she was accompanied by Dimitrij Zadel, President of the management board of Luka Koper, Alenka Bratušek, Minister of Infrastructure, met the executives of Cosco, the largest Chinese shipping company and an important client of the Port of Koper. Cosco is at the same time one of the partners united in the Ocean Alliance which connects Koper with the Far East with direct container shipping lines on weekly basis. Since 2014, Cosco’s annual throughput has increased exponentially: last year, it exceeded one tenth of all container throughput at the Port of Koper and asserted itself among the largest container shipping companies present in the port.

Minister Bratušek seized the opportunity to introduce Slovenia’s infrastructure plans in terms of transport connections between the Port of Koper and its hinterland. In the first place, she presented the construction project of the second railway track between Koper and Divača that will significantly increase the port’s competitive position. She explained that until the second track construction works are completed, which is scheduled for 2026, the entire Slovenian railway network will undergo modernisation. Slovenia will thus provide conditions for a further increase in container throughput in the Port of Koper where the number of handled TEUs (container units) is about to exceed the historical limit of one million. In this context Zadel, the President of the management board of the Port of Koper, introduced to the representatives of Cosco the port’s development plans, especially those related to its container terminal. As already known, extension works along the container quayside and Pier I have already started this year and will result in a 100 m extension. The next step is the pier extension on the northern side, the arrangement of storing area, the dredging of the seabed along the entire container quayside and the provision of two Super-Post Panamax cranes. The Port of Koper could already now handle ships with a cargo capacity of up to 20,000 TEUs if they sailed to the Northern Adriatic (the current largest ships have a capacity of up to 15,000 TEUs).

The Slovenian delegation started its visit to China at the Ningbo trade fair. Within the framework of intensified cooperation between China and 17 Central- and Eastern European countries (17+1 Initiative) EXPO was held in the port city of Ningbo from June 8 to 12. At the fair, Slovenia introduced two of its industries, tourism and logistics. Besides the Port of Koper, the Slovenian logistics services providers included also Intereuropa, Pošta Slovenije (Post of Slovenia), Omniopti, Slovenske železnice (Slovenian Railways), the Slovenian Ship and Freight Port Agents Association as member of the Slovenian Chamber of Commerce and Industry, and Adria kombi.