With the new warehouse, we will be more flexible, productive and competitive. 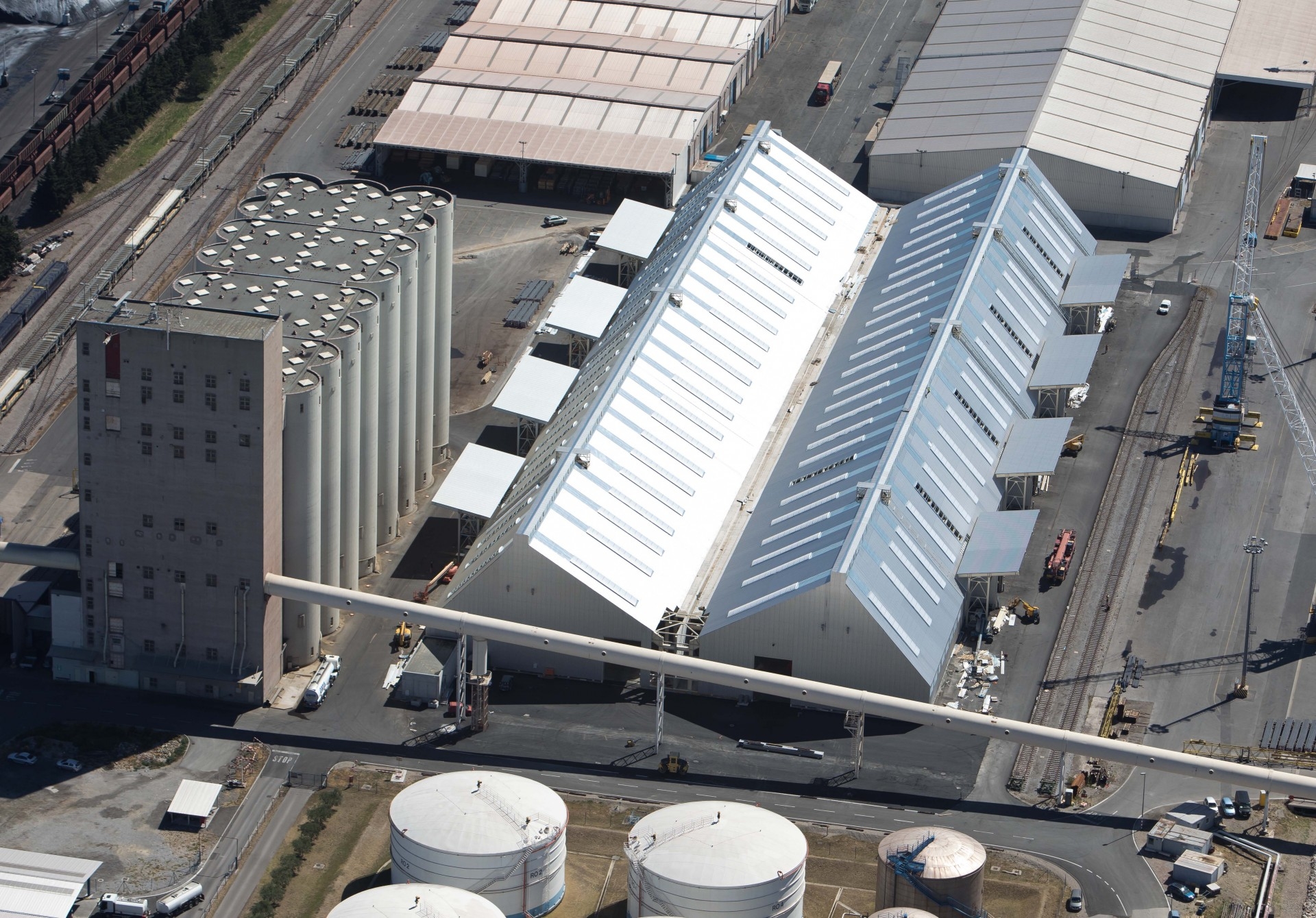 On Wednesday, September 27th, 2017, we inaugurated a new multipurpose warehouse on Pier II. This is the first closed warehouse to be built more than 10 years after the inauguration of the general cargo warehouse which was put into service in 2006. The new warehouse with a total surface area of 16,000 m2 is formed by two halls which have been designed to adapt to market requirements. Namely, they can be used either for storing cereals or fodder (e.g. soya or soya pomace), or various heavy goods, as for instance metal coils, steel profiles or bars. Since this type of cargo must not be exposed to the weather, a canopy was set up next to each of the eight automatic doors. During the construction which lasted one year, 5,000 cubic meters of concrete were used, equivalent to the volume of two Olympic-size swimming pools. In the course of construction, 4,000 tons of steel were applied which, if rolled into rails, would be sufficient for 40 kilometres of railway line. 27,000 m2 of metal sheet were used for covering the halls’ roof.

The value of the investment which will comprise also the upgrade of the existing berth next to the silo and the construction of a new berth in the southern section of Pier II (the construction will gradually proceed in phases by 2022) has been estimated at 42 million euros. This is one of the four key investments included in the strategic business plan 2016-2020, which together with the investment in facilities for containers, cars and liquid cargo (successfully terminated last year) total approx. 300 million euros.