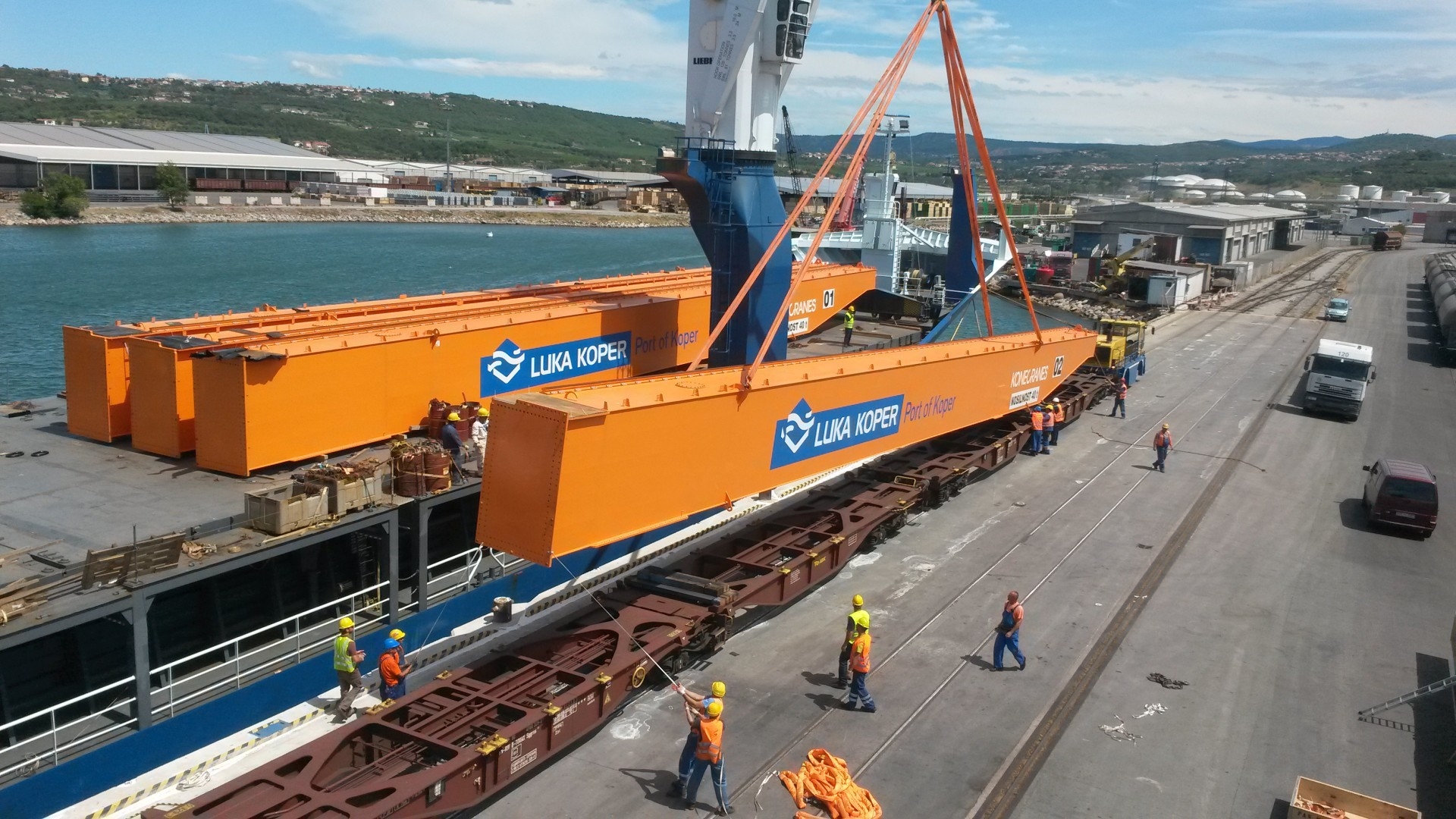 In the recent days two Rail-Mounted Gantries for the container terminal arrived at the port of Koper. They will be assembled in the next months and installed on dedicated rails, which are currently being constructed.

Each RMG weighs 300 tons and is electrically powered, which allows quiet operation and no direct gas emissions. They will be used for containers handling on railway sidings of the terminal and will allow higher productivity in comparison to existing handling equipment. In the past months we have built also two additional railway tracks, so the new RMGs will be able to operate on five trainsets. An additional third RMG is to be delivered in 2017.

The investments are dictated by the growth of container traffic, which increased by 158 % in the last eight years, reaching 790.736 TEUs in 2015. »We can’t afford to fall behind our competitors. By 2020 we shall invest more than 230 million Euros in the container terminal alone, extending the quayside, stacking areas and purchasing new handling equipment. These investments are crucial if we want to continue to be the first container port in the Adriatic« said Mr. Dragomir Matić, president of the management board of Luka Koper.

The Koper container terminal has in the period 2007-2015 registered higher growth rates than other large terminals around Europe. Since 2010 is also the largest terminal in terms of throughput. In the first six months of 2016 423.265 TEUs were handled, which is an 7,5 % increase compared to the first half of 2015.