Noisy ships – who can take action?

At the international level, there are no regulations to limit noise from ships. 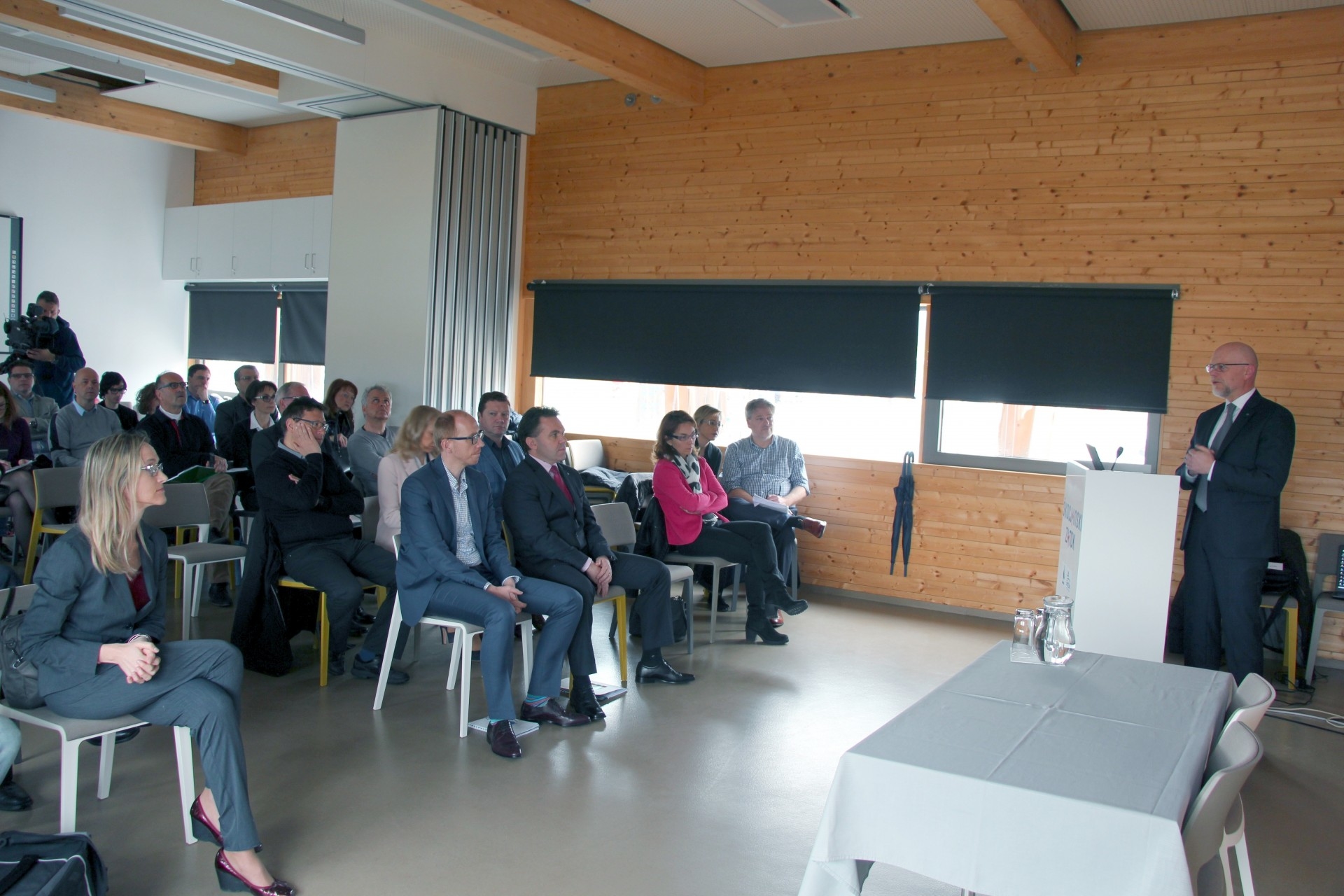 On 5 April, within the framework of the European SUPAIR project, as part of the Interreg Adrion program, we organized a meeting with representatives and members of the local communities at the to discuss the issue of noise, especially the noise emitted from ships that the legislation, even at the international level, has entirely circumvented. The meeting was an opportunity to inform the participants about the mitigation measures already implemented by the Port of Koper and the future plans in this regard. Participants also had the opportunity to learn more about foreign practice in the sphere of noise management and to get acquainted with possible technical solutions that need to be examined and, above all, agreed with the local communities. “Irrespective of the fact that as a public limited company, we are committed to pursuing business results, we are aware of the consequences of our position in the environment and the impacts that port activities exert on the environment. We are striving to reduce and mitigate these impacts and establish long-term, sustainable and balanced development,” said Dimitrij Zadel, president of the Luka Koper Management Board.

Basically, there are no international laws that regulate noise from ships, explained Jadran Klinec, director of the Slovenian Maritime Administration. Therefore, the maritime inspector has no levers for action. A concrete case occurred at the beginning of March, when nearby residents complained about the noise from a container ship. The noise that was emitted by the same ship also disturbed the residents of Trieste and Rijeka, but nothing could be done in the neighboring ports, either. Considering that the noise issue is a large-scale problem faced by several European ports, especially those located in the immediate vicinity of populated areas, 11 of them, including the Port of Koper, have joined forces and established the NEPTUNES association. By sharing experiences and setting common standards, the ports which form the association will exert pressure on the umbrella organizations to pay more attention to ship-noise issues. “We are currently testing a measurement protocol in all member ports, as noise is difficult to measure. Namely, it can also be influenced by the ambient noise, which makes it difficult to distinguish between noise coming from the port and from other sources,” said Frank Wolkenfelt, project manager at the Port of Rotterdam Authority.

As we learned, the largest European port is also confronted with the noise issue and complaints from the nearby residents. Since they are aware that they cannot force the shipping companies to take action, they try to arrange different measures with them. We also had an example in Koper several years ago where we managed to convince a shipping company to remove two noisy ships from the shipping line. In the future, dialogue and the understanding of the shipping companies will be crucial in solving noise issues. In addition, we have implemented certain measures in Koper that have eased the noise generated by port activities. For example, noisy cargo was transferred inside the port, and diesel-powered cranes and machinery were replaced with electric, which are silent and clean. In addition, we put new asphalt layers on the roads inside the port and covered the machinery to limit the noise emitted from cargo colliding with vehicles. “About 2,000 ships arrive in the port each year, but only a few of them are noisy. In such cases, it would be most effective if some of these ships could be connected to onshore power supply, even if the supplying of ships would involve as much power as the entire municipality of Koper needs. However, the ships that are currently arriving in the Port of Koper are not equipped with such connections” explained Boštjan Pavlič, head of health protection and ecology for Luka Koper.

Luka Koper has regularly measured noise for years and has published the measurements on its sustainability portal: www.zivetispristaniscem.si. The legislation regulating noise limits in ports differs from the legislation which applies to roads and railways, where the limit values ​​are set higher. Another problem linked to legislation is that it does not specifically address the noise generated by low frequencies, which are perceived by human beings as vibrations. “All the measurements carried out in the Port of Koper showed that the real problem was the low frequencies. With a special acoustic camera, we also determined which ships were most problematic from this point of view. The most effective measure would be if the ships solved the problem already at the source, with silencers and similar measures, but again, no one can force the shipping companies to do so, because there is no statutory basis,” said Jurij Prezel from the Faculty of Mechanical Engineering in Ljubljana, who presented some alternative approaches which need to be carefully studied.

Some of the residents of the old city center of Koper, who are most sensitive to noise issues, and representatives from the municipalities of Koper and Ankaran also took part in the debate. They commended the efforts and activities of Luka Koper, but at the same time expressed their wish that the company would find suitable solutions for the most problematic ships. They proposed relieving Basin 1 and directing the ships to other berths in the port – something that has already been considered by the Port of Koper in its plans which anticipate the construction of additional mooring berths for so-called ro-ro (vehicle transport) ships in Basin 3, which would thus relieve Basin 1.