One investment after another

New facilities for containers and cars. 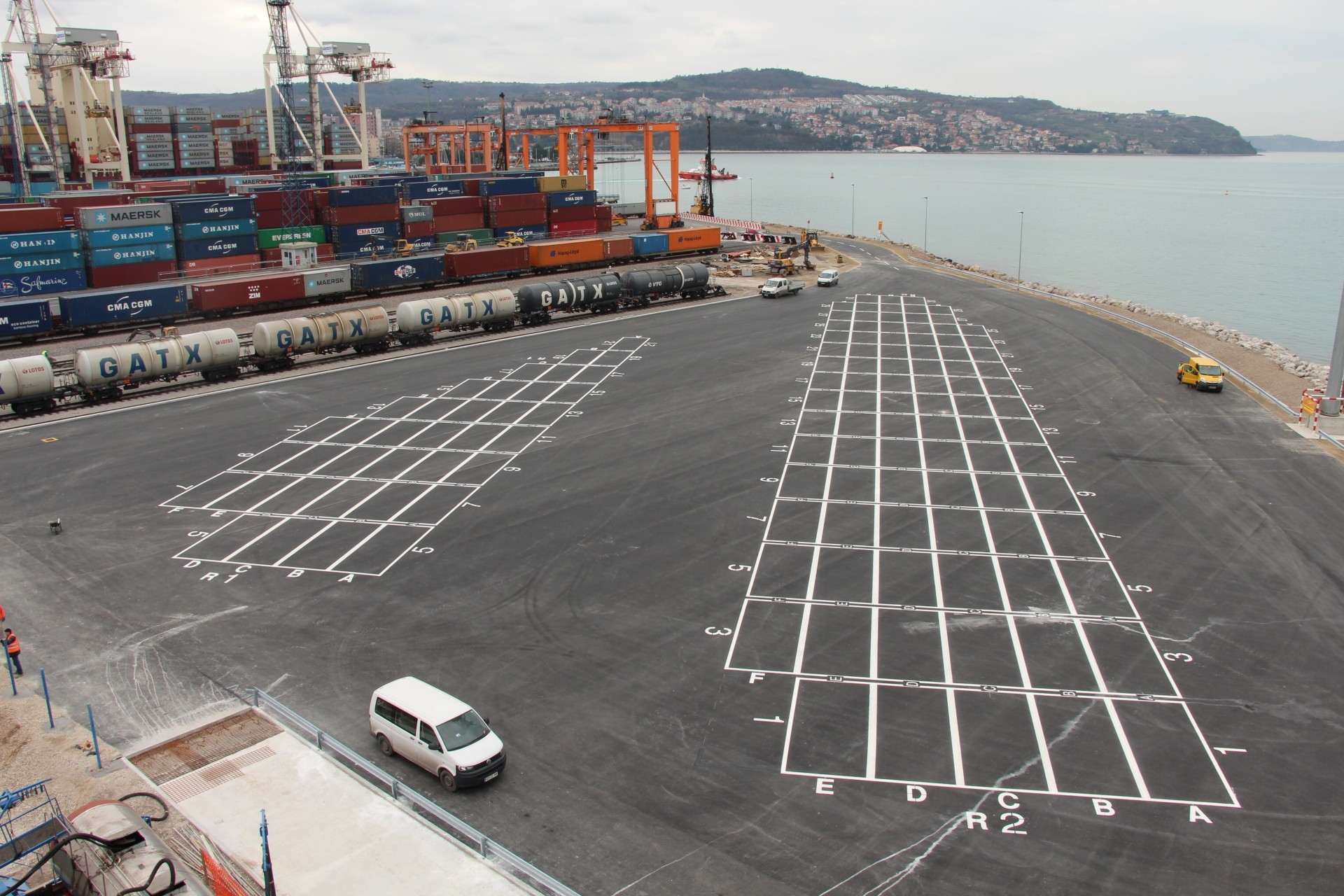 In February, we completed the construction of two new rail tracks and extended the three existing ones on the Container terminal.  Previously, an additional track was laid on the newly constructed section of the bridge over Škocjanski zatok which eliminated the bottleneck in the access to the container terminal. After the delivery of two new RMG cranes, the containers will be loaded and unloaded from trains on all five tracks, each 700 m long. The increased railway capacities at the container terminal will facilitate the management of constantly increasing container freight. At the same time we also completed a 9,000 m2 storage area for full containers at the north-west section of Pier I. This new area provides 120 stacking positions where the containers will be stacked in three levels. Both investments were co-financed with the European funds through the NAPA4CORE project (CEF programme).

On the Car & Ro-Ro terminal the storage areas were complemented with additional 16,000 m2 at the south-west section of Pier II that will accommodate 780 cars.

Both, containers and cars, are for Luka Koper of strategic importance. In 2015 the container terminal recorded a total throughput of 790,736 TEUs making it the largest terminal the Adriatic, while the Car & Ro-Ro terminal ranked 2nd in the Mediterranean with a throughput of 607,326 units.