A successful event with the largest number of participants so far. 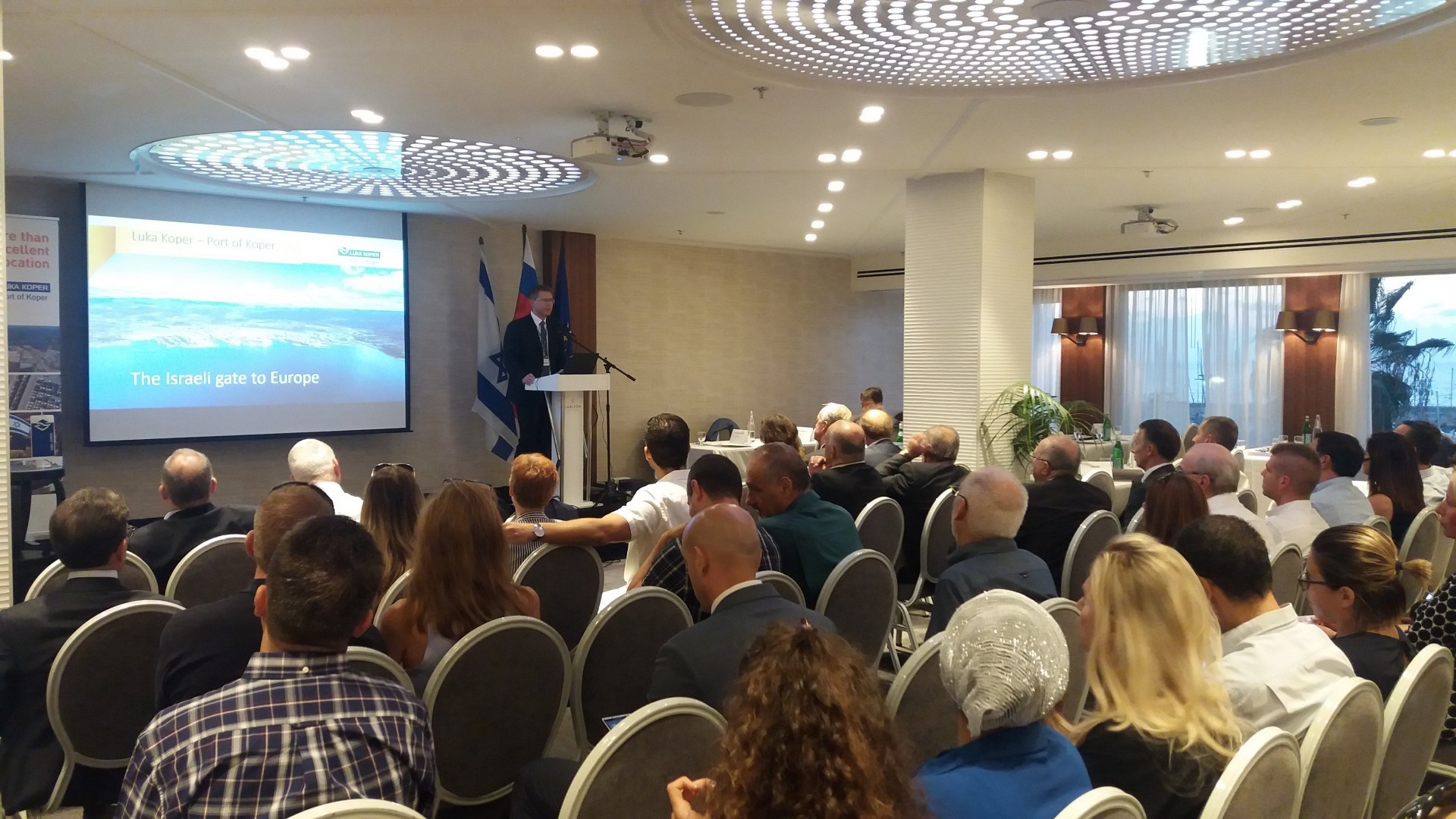 For the fourth consecutive year Luka Koper has, in cooperation with the Slovenian embassy in Tel Aviv, organised a business reception for the Israeli partners. The business event has been attended by the largest ever delegation from the Koper port community with 40 members (some new forwarding and logistic companies have participated at the event for the first time, including two railway operators), and also the largest number of Israeli partners so far. The Israeli logistic providers are in the recent years more and more recognising the advantages of the logistic route into Central and Eastern Europe, as well as the Balkan area via Port of Koper due to favourable direct container connections from Haifa and Ashdod and to the excellent transit time with immediate smooth deliveries of arrived goods on 24/7. The Israeli partners have followed with special interest the presentations of the railway services from Koper port to the hinterland markets with the focus on the new train Bavaria Express by Adriakombi and trains to Poland with Baltic rail.

Israeli partners received the welcome address by the Ambassador of Slovenia Ms. Barbara Sušnik and the Member of the Management Board of the Port of Koper Mr. Metod Podkrižnik, as well as the vicepresident of the Slovenian Association of Port Logistics Providers Mr. Fabio Hrvatin; both of them thanked the Israeli partners for the longterm cooperation and confirmed further support in providing a good service with continuous improvements. The majority of handled goods represent containerised goods in Israeli imports and exports, in addition to this the Koper port handles cars, livestock and some liquid cargo in total annual througput of 600.000 tons.