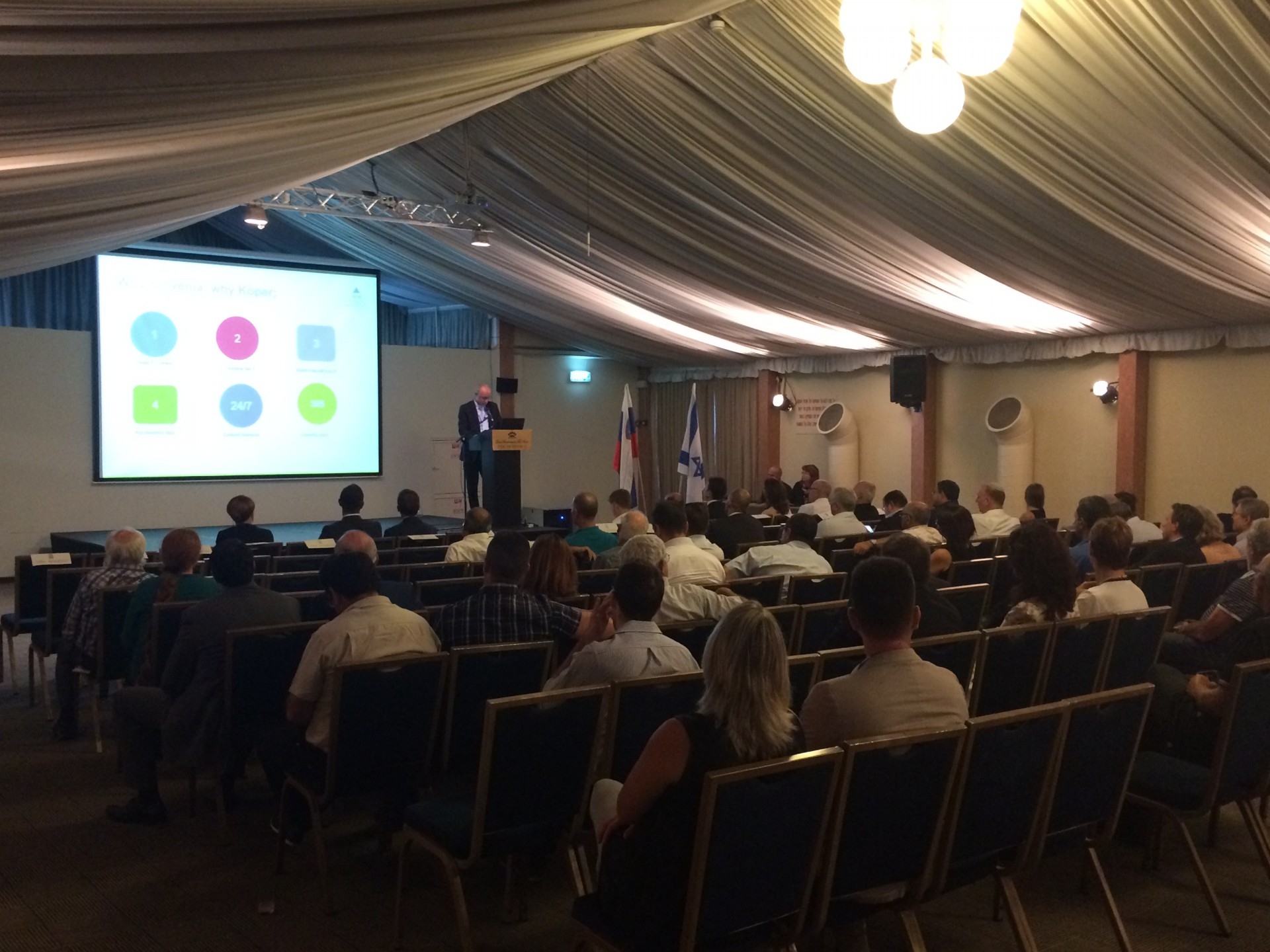 Tel Aviv, Wednesday, 21st September 2016: Luka Koper has, in cooperation with the Slovenian embassy in Tel Aviv, organized again a business reception for the Israeli partners. The event was organized within the EU project Fresh Food Corridor, which involves 20 partners from Slovenia, Italy, France, Cyprus and Israel. After two years of activity, at the event were presented the results of the project, which aims to develop and establish a new transport chain for perishable goods from Middle Eastern Mediterranean Basin to Central European markets through three corridors: Slovenian, Italian and French. The new corridors will significantly reduce transit times, emissions and will establish new transport routes supported by new technologies.

Israel is already a traditional market for Luka Koper and the cooperation with the Israeli companies had started almost 60 years ago with cooperation with their shipping company ZIM. Over the decades, the Port of Koper has become one of most relevant ports for Israeli goods, bound to EU market.

The President of the Management Board Dragomir Matić on the occasion said: “Despite the good cooperation, there are great potentials to be further developed, mainly due to favourable direct container services and short transit times with the Israeli ports.”

The event was attended by a strong delegation of the Port of Koper community. The participants were addressed by representatives of Israeli Ministry of Transport, Israel Chamber of Shipping & Federation of Forwarders and Customs Clearing Agents and have been in the presentation of Mr. Andrej Cah, the Sales & Marketing dir. of Luka Koper informed about recent achievements in the port and further investment plans. Mr. Fabio Hrvatin, the vice president of the Slovenian Association of Port Logistics Providers, has presented the provided forwarders’ services in the Port of Koper & advantages, including the recent procedure achievements in 2016.