On 5-6 June 2019, the leaders of the states participating in the so-called Three Seas Initiative gathered in Ljubljana. 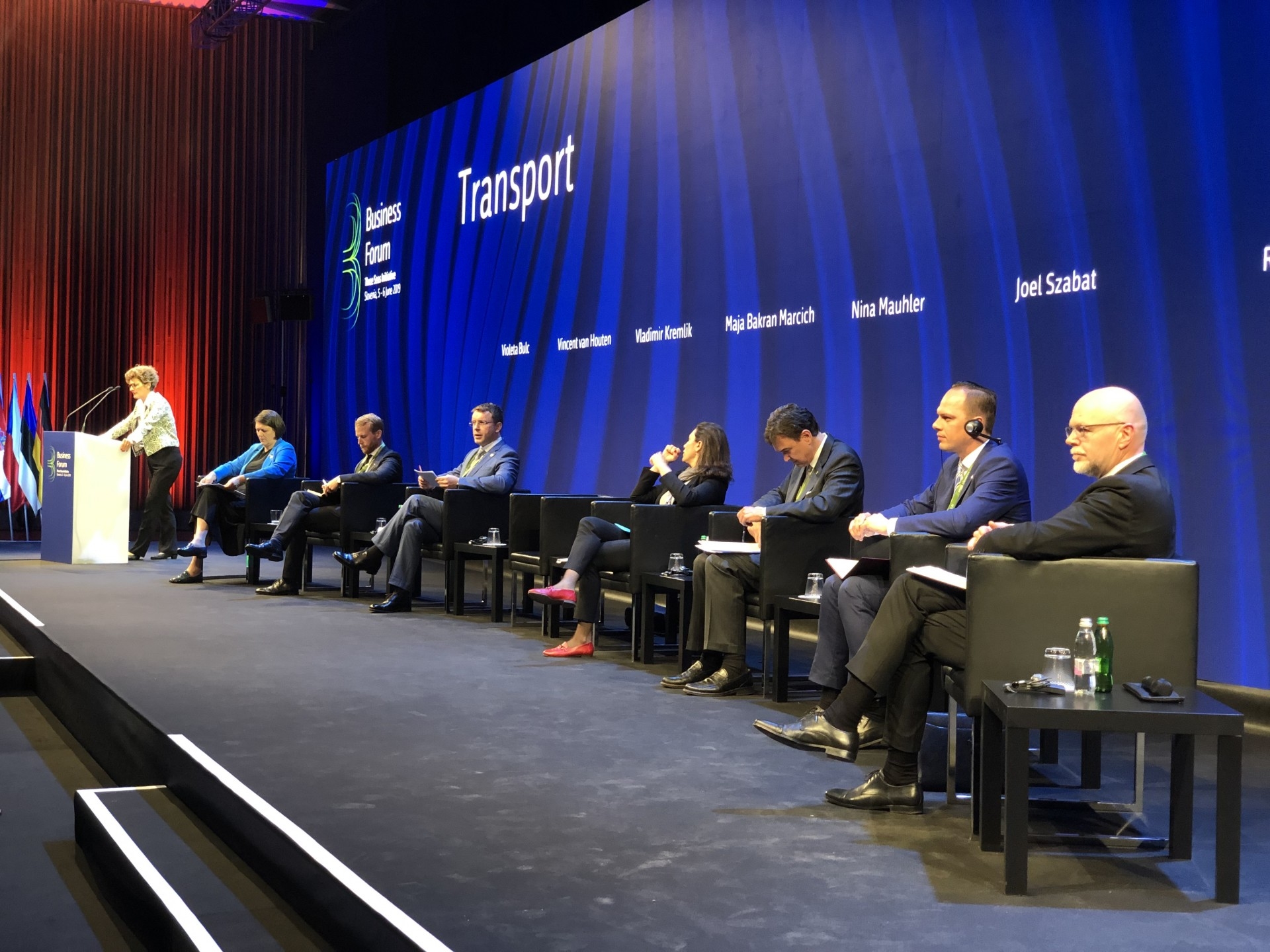 The initiative, launched in 2015 and involving 12 Central European countries which are connected by the Adriatic, Baltic and Black Sea, is also strongly supported by the United States.

In the margins of the meeting in Ljubljana, a business Forum was held which was attended by more than 600 representatives of companies from the region and beyond. At the Forum, the states involved in the initiative introduced 17 projects from the field of transport, energy, digitalization and innovation that have been placed on a priority list and will be financially supported. Among them, there also were five Slovenian projects, including the second railway track between Divača and Koper project. The company Luka Koper identified the business gathering as a good opportunity to promote the port of Koper as a central port for the Central European countries without direct access to the sea. Therefore, the Port of Koper was the general sponsor of the Forum.

One of the Forum’s panels was dedicated to transport. The keynote speaker at the panel debate was European Commissioner Violeta Bulc who summoned the activities and decisions adopted by the European Commission in the course of its mandate which is coming to an end. The latest developments in the sphere of the second railway project as well as the plans of Slovenia in the field of railway network modernisation and other major transportation projects were highlighted by State Secretary at the Ministry of Infrastructure. The panel was also attended by the Czech Minister of Transport Vladimir Kremlik, the Polish Minister of Infrastructure Rafal Weber and the Assistant Secretary for Aviation and International Affairs at the US Department of Transportation Joel Szabat. The sector was represented by the director of Deutsche Bahn for Eastern Europe Vincent van Houten and president of the management board of Luka Koper Dimitrij Zadel who both stressed the importance of a safe and efficient transport infrastructure. Zadel also touched on the second railway track project and highlighted its relevance for the further development of the Port of Koper.

The member states of the Tree Seas Initiative taking part at the Ljubljana event decided to set up a special fund that will help speed up the implementation of the selected development projects. Since the said fund is intended to be a complement to the European structural funds, the event was also attended by representatives of development banks, international financial institutions and European Commission.