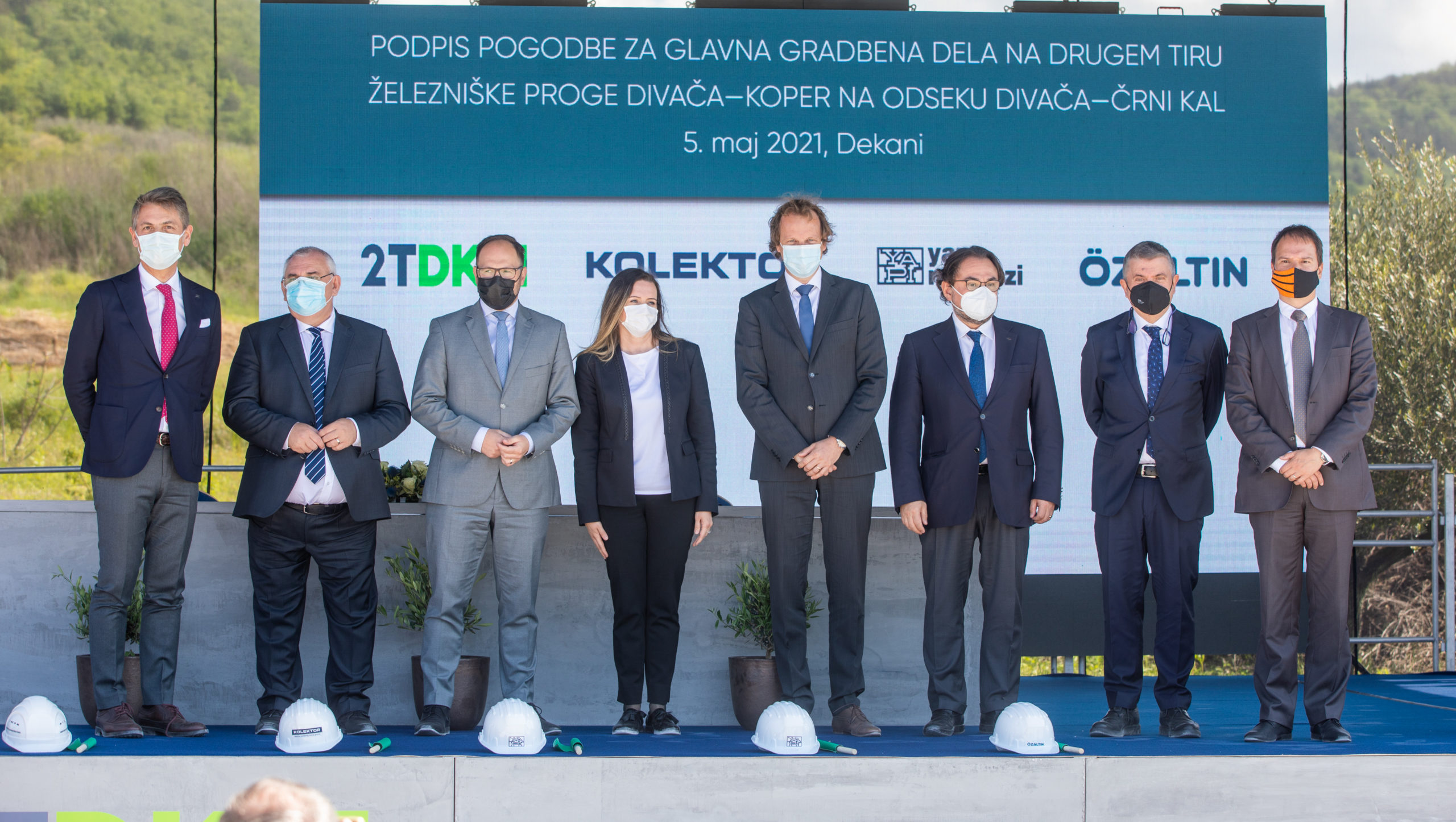 Today, the company 2TDK, which is managing the project for the construction of the new railway track between Divača and Koper, signed a contract with the selected contractors for the main construction works. With this signing, which took place just outside Koper, the construction works on the rail route itself can officially begin. According to the timetable, the works must be completed in 2025, and the track is expected to be handed over for use a year later. The entire 27-kilometer Divača-Koper railway section will allow speeds of up to 160 kilometers per hour, comparable to the speeds of modern European railways. The railway will rise from the sea level to 430 meters in Divača, and three quarters of the railway route will run in tunnels.

The beginning of the construction of an additional track means the realisation of long-standing efforts to provide the port of Koper with a modern and efficient rail link. Although the current track has received a huge investment in renovation and maintenance in recent years, it is unthinkable in the long term that it could sustain the projected growth in both freight volumes and train frequencies. When logistics operators choose ports today, the key decision factor is the rail connection to the hinterland, in other words, how to get large volumes of goods to their final destination as quickly and cheaply as possible. The competitive battle between ports today is fought on rail. The Port of Koper already has a modal split of 60 % in favour of rail, serving the economies of the countries of Central and Eastern Europe. With a modern and reliable railway connection, a new chapter of business opportunities and development is opening up for the Port of Koper, Slovenian logistics and the economy in general.