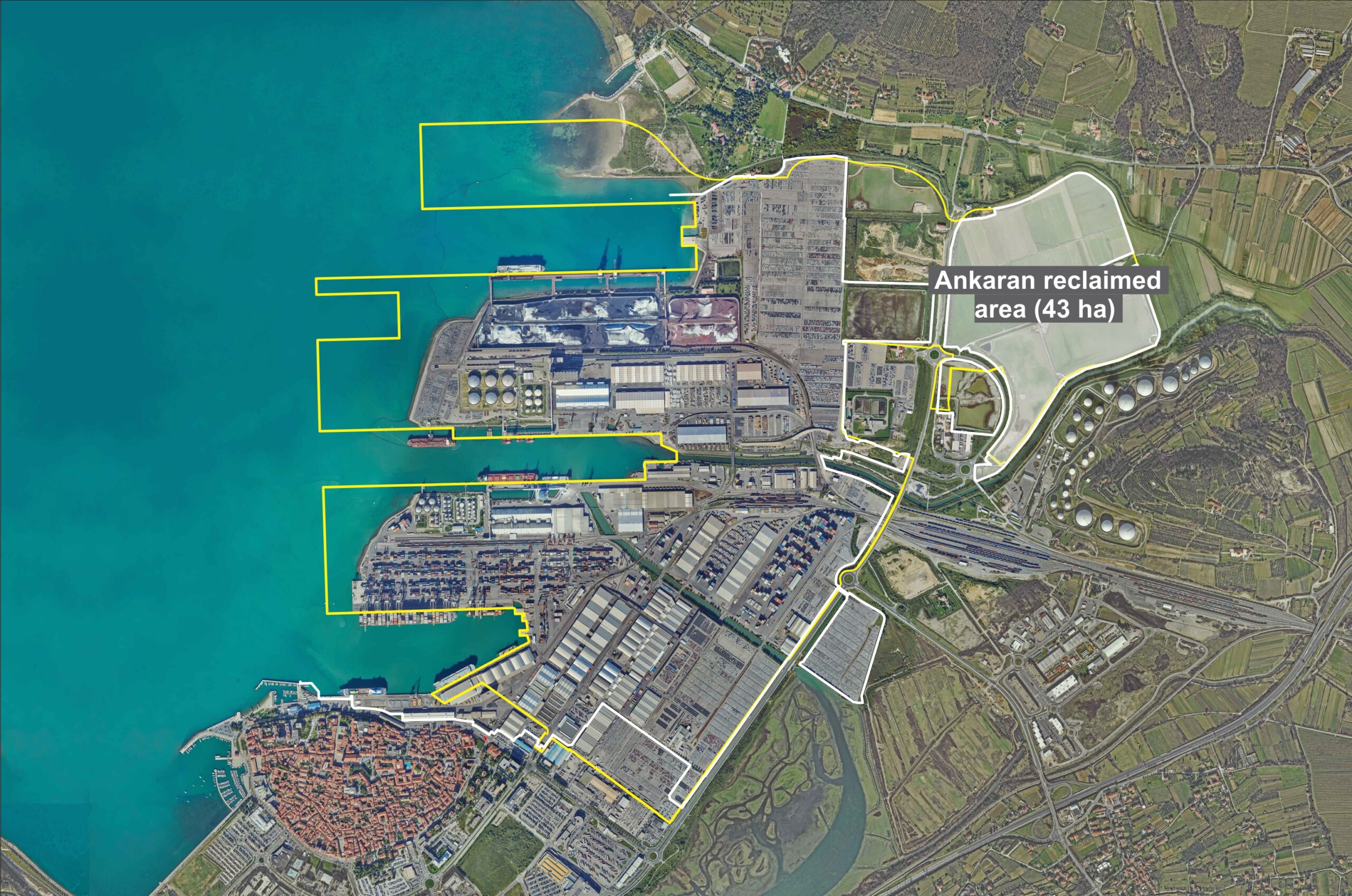 The Ministry of Infrastructure, the Municipality of Ankaran and Luka Koper have signed a tripartite agreement, which is the basis for further development of the port in its northeastern part. The agreement is important because it enables the implementation of the regulation of the border area of the port, which is a precondition for the start of investments in the expansion of storage areas, in accordance with the National spatial plan. The area of ‘Ankaran bonifika’, which is already included in the concession area of the port and covers an area of 43 hectares, will initially be used for sediment disposal from dredging operations on port’s waterways, while in the long run new storage capacities will grow in this area.