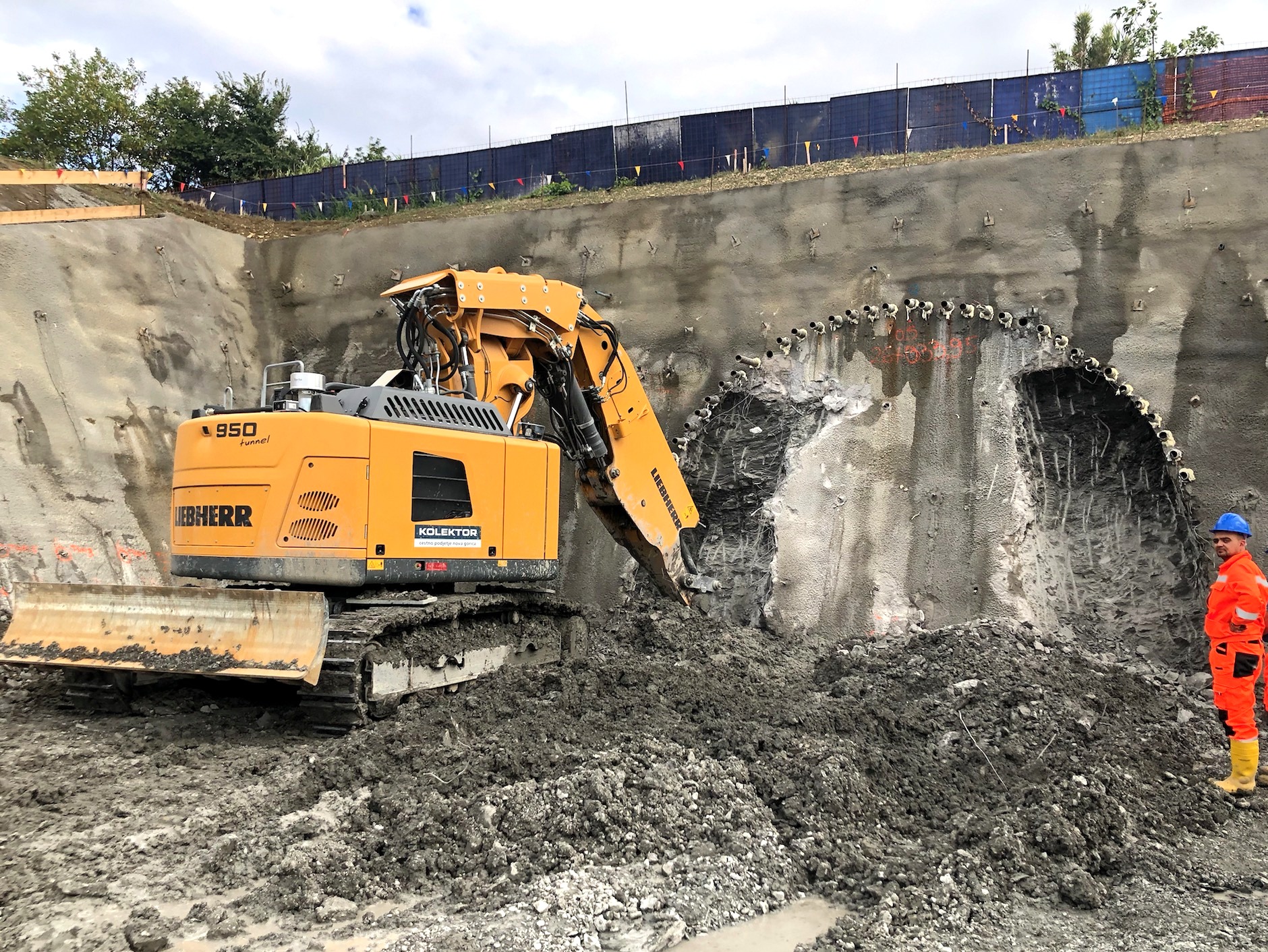 In September, the contractors working on the construction of the second track of the Divača-Koper railway line started excavating the first two tunnels on the Črni Kal-Koper section: the T8 tunnel in Dekani and the T7 tunnel above the Osp Valley in the Črni Kal area. For the excavated material, mainly flysch, which has the status of a secondary raw material, the company 2TDK launched a public call for potential buyers. The Port of Koper acquired 180,000 cubic metres or 10% of the earth removed by tunnelling, thus securing important construction material for future investments, especially in the drained area in Ankaran. The flysch will be used to build a preloading embankment on the new external truck terminal and will also be applied to consolidate the land where cars will be stored in the future. Such embankments, which have to ‘rest’ for several months, are essential to ensure the stability of the terrain and serve as a platform for all subsequent applications of construction materials and the construction of buildings. The first trucks will bring the flysch from the construction sites in Dekani and Osp to the area of the future truck terminal already in October.