Visit of the coordinators of the european transport corridors

Koper included in both the Baltic-Adriatic and the Mediterranean corridor. 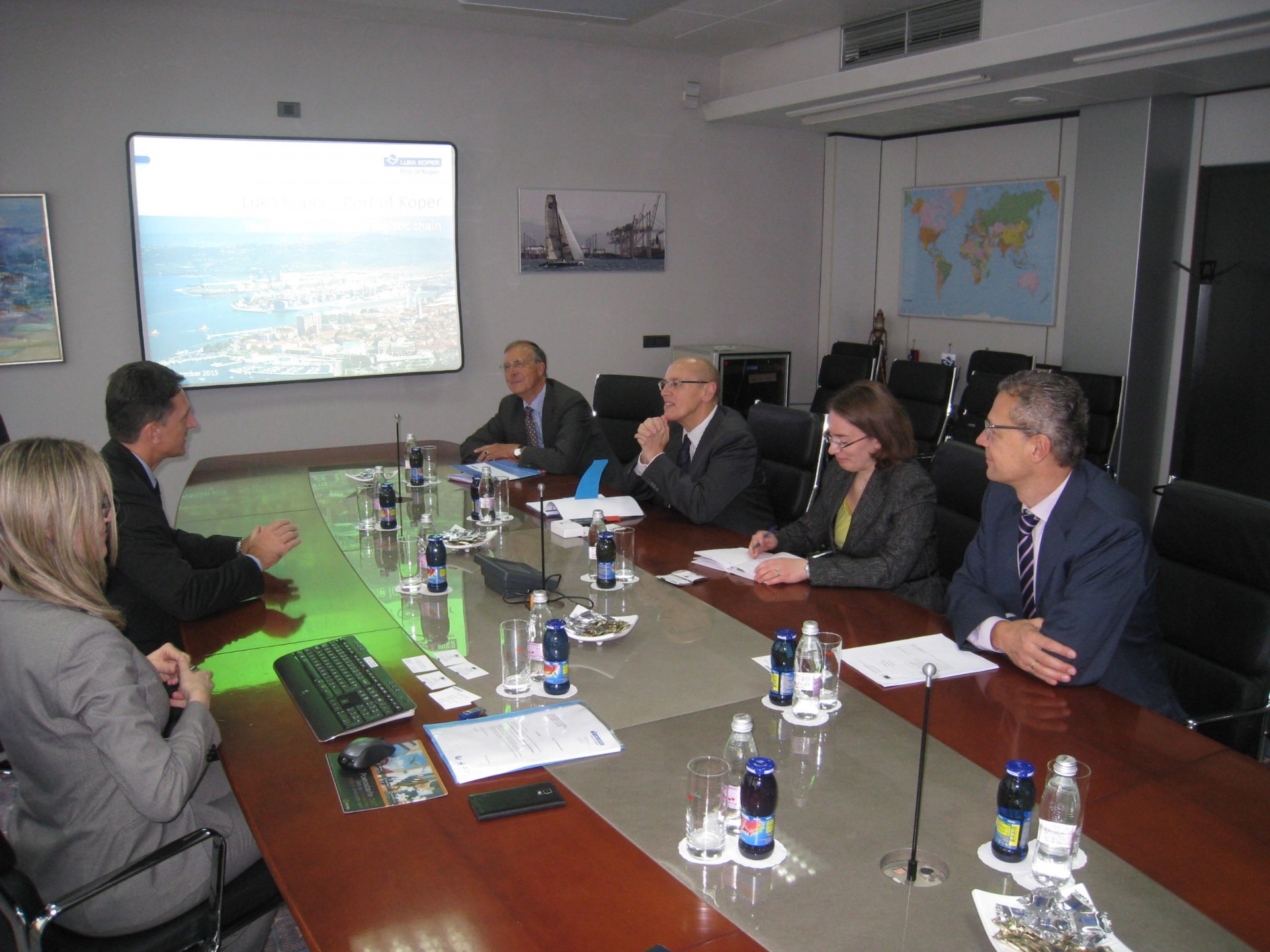 On November 10th, Luka Koper hosted the coordinators of the core European transport corridors that are crucial for Slovenia. Kurt Bodewig, appointed coordinator for the Adriatic-Baltic corridor by European Commission, and Laurens Jan Brinkhorst, appointed coordinator for the Mediterranean corridor by European Commission, plan all the activities related to the corridors located within the individual EU member states.

The Port of Koper is included in both core corridors hence our guests wanted to visit the port, be presented with our plans for the increase of the port’s capacities and review its efficiency. Indeed, the adequate development is very important for the operation of both corridors that connect the port with all its key Central European markets. Luka Koper has been realising a number of investments that make part of the new development strategy until 2030. This anticipates better access to the port from the sea with the construction of new quays, the reconstruction of berths and seabed deepening according to the shipowners’ requirements. It also includes projects that connect different modes of transport and thereby improve the intermodal facilities in the field of container freight and Ro-Ro transport. As underscored by the company’s Management Board President, Mr Dragomir Matić, “the basic requirement for the efficient port operation and consequently the corridors operation is a modern and reliable railway infrastructure. This in particular holds true for Koper due to the fact that 60% of all cargo to and from the port is transported by the railway.”

In order to realise said projects, Luka Koper wants to obtain funds from the European CEF (Connecting Europe Facility) tenders until 2020. At the first CEF tender, Luka Koper successfully applied with three projects, including 6 million euros for the infrastructure related to the development of facilities of Pier I. At the current CEF tender, we can only apply for the infrastructure projects in the context of the cohesion envelope funds. Luka Koper has already contacted the Ministry of Infrastructure and expects a positive answer. Indeed, it is a very important investment related to the project of the European Motorways of the Sea project which includes a new Ro-Ro berth in the basin three, new railway capacities and a new port entrance in the land area behind the basin three.

The visit of the coordinators coincides with the opening of the Baltic-Adriatic railway cargo corridor which was officially established by the transport ministers, railway operators and competent authorities for allocating train paths of Poland, Czech Republic, Slovakia, Austria, Slovenia and Italy. One of the key functions of the corridor is ” One-Stop-Shop” that will allow carriers and other railway service clients to commission infrastructure capacities on the entire corridor which will result in more efficient and faster transport services.

After the talks with Luka Koper’s Management Board President, the coordinators also met the Presidents of other port authorities in the Northern Adriatic.