We took part at the Logistics Conference in Budapest

On November 19 and 20, a traditional logistics conference NavigatorVilag was held in Budapest. 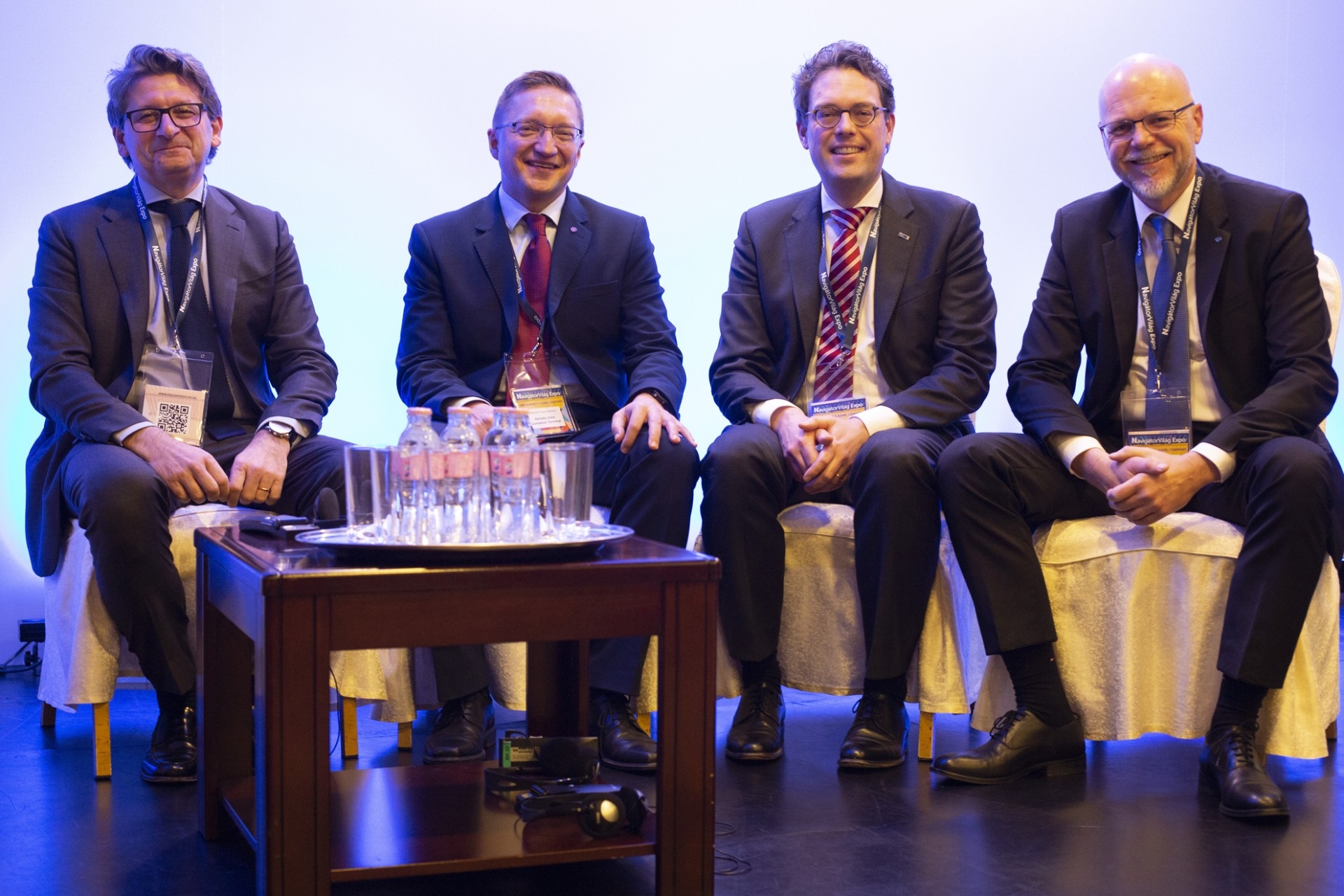 A 2-day conference in Budapest, organised by KozlekedesVilag – publisher of specialised transport and logistics journals, focused on digitalisation in logistics, ports and their hinterland logistics, as well as on the impact of the China’s “one belt one road” initiative on the Hungarian logistics market.

During the presentation of the most important ports for Hungary, namely the ports of Koper, Trieste, Rijeka and Hamburg and their hinterland connections, Borut Šemrl, representative of the Port of Koper in the Hungarian market, announced the beginning of a new investment cycle in Luka Koper. Dimitrij Zadel, president of the management board of Luka Koper, took part at the conference round table together with Zeno D’Agostino from Trieste Port Authority, Wojciech Szymulewicz from Adriatic Gate Container Terminal in Rijeka and Sebastian Wind from the Port of Hamburg. The participants discussed the reasons behind the faster growth of the European overseas container traffic over the growth of the European economy, the role and responsiveness of the states in the development of the port infrastructure, as well as about the measures introduced by EU and national governments in order to increase the intermodal transport.