Will LNG be a possible alternative also for the Northern Adriatic?

An international seminar with the title Liquefied Natural Gas in the Ports of the Northern Adriatic took place in Koper. 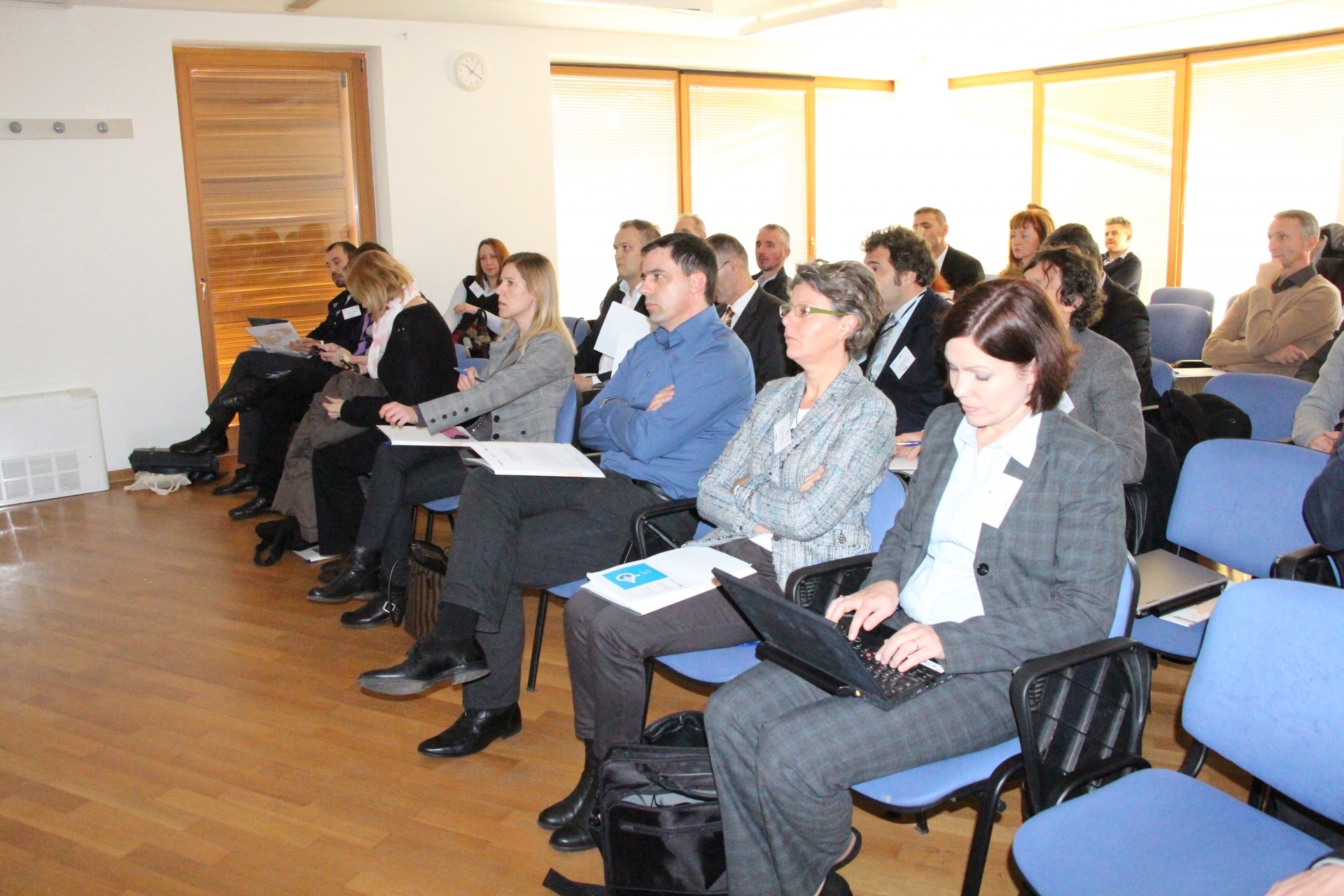 On Wednesday, 9th of December 2015, an international seminar with the title Liquefied Natural Gas in the Ports of the Northern Adriatic took place in Koper. The seminar was organised by Luka Koper as part of the activities of the Action Costa II East – Poseidon MED,which is implemented under the TEN-T program.  The purpose of the seminar was to present studies about the expected demand of LNG in the region. The Directive 94/2014 on the deployment of alternative fuels infrastructure in fact requires Member States to ensure that core European ports are equipped with suitable infrastructure to enable transport means to have access to alternative fuels, including LNG.

The moderator Mr. Boris Sučić from the Centre of Energy Efficiency (Institute Jožef Stefan) introduced the topic, presenting the characteristics of natural gas and its use in the Slovenian industry where the cost for natural gas represents a quarter of the total expenditures for fuels.

The speakers clarified that European commission promotes LNG due to its low SOx emissions in comparison to classic fossil fuels, so LNG could be a potential solutions for vessels also in the Mediterranean. For the future it is in fact expected that the Mediterranean will become an emission control area (ECA). With the Marpol convention in fact the IMO introduced the emission control areas in the Baltic and North Sea as well as along coasts of the United States of America and Canada.

The studies developed in the framework of the CostaII East – Poseidon MED  Action showed that it is expected that the demand for LNG in ports of Trieste, Rijeka and Koper from year 2030 on will be at a very similar level – about 20.000 tons of LNG per year, where the LNG would be used by vessels, trucks, but also other port equipment.  The port of Venice expects a much higher demand; this is why they are already studying the possibility of setting up a dedicated storage infrastructure in the dismissed industrial area of the port. The executer of the study for the port of Rijeka confirmed the Croatian plans to build a gas terminal on the Krk Island for which it is expected that construction works will start in year 2018. Right Krk is expected for the future to be playing a crucial role in supplying gas in the region.

Representatives of  Lloyd’s Register, Mario Croce and Marco Nardo, presented their experiences gathered through collaborations in projects dedicated to the development of LNG infrastructure in ports, so for example in Canada which has great gas availabilities, but also on vessels with ferry vessel Viking Grace as an example. The M/V Viking Grace was delivered in year 2013 and was put on the route Turku – Stockholm the very same year. They confirmed that it is expected that  LNG will be a real alternative, but in particular for niche transportations. To understand why currently there are only 65 LNG it is important to know that the LNG system used on board must match the LNG system in ports due to safety reasons. Such match is much more realistic in case of liner ferry vessels, which uses always the same routes.  Speakers exposed the lack of regulation about LNG installation, which shall be available in particular due to safety issues.

About 40 participants took part at the event.